According to Donald Trump, increased postal voting could cause fraud and inaccurate results. That is why he has suggested November’s presidential election to be delayed until people could “properly, securely and safely” vote.

For a long time, Trump has been against mail-in voting because it is susceptible to fraud. US states want to clear the way for postal voting due to public health concerns connected to the coronavirus pandemic.

BREAKING: President Trump calls for delay to 2020 US Election….
This suggests he doesn't think he's going to win. https://t.co/30QmuUoYq8

What did Trump say?

Trump tweeted “universal mail-in voting” would make November’s election the “most inaccurate and fraudulent election in history” and a “great embarrassment to the USA”.

With Universal Mail-In Voting (not Absentee Voting, which is good), 2020 will be the most INACCURATE & FRAUDULENT Election in history. It will be a great embarrassment to the USA. Delay the Election until people can properly, securely and safely vote???

He suggested that mail-in voting would be susceptible to foreign interference.

“The [Democrats] talk of foreign influence in voting, but they know that Mail-In Voting is an easy way for foreign countries to enter the race,” Trump said. He also insisted that voting was “already proving to be a catastrophic disaster” in areas where it was being tried out.

New York State allowed voters to vote by post in the Democratic primary poll for the party’s presidential candidate in June 2020. Unfortunately, there have been long delays in counting the ballots and the results have not been announced yet.

On top of it, US media shared that there are also worries that many ballots will not be counted because they were not filled in correctly or do not have postmarks on them that show they were dispatched before voting officially ended.

Can voting by mail be successful?

On the other hand, several states have been voting by post for a long time. California, Utah, Hawaii, Colorado, Oregon, and Washington were planning to hold “all-mail” ballot elections in November. These states will automatically send postal ballots to all registered voters. The ballots then have to be sent back or dropped off on election day. Some in-person voting is still available in certain limited circumstances. Half of US states grant any registered voter to cast their ballot by post on request. 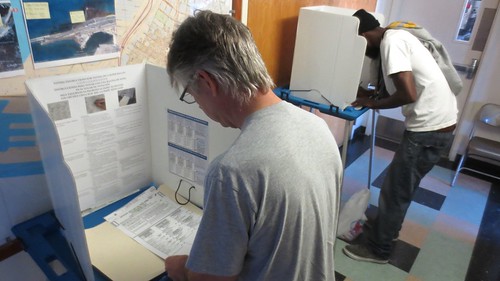 Critics of postal voting believe that people could vote more than once if they use absentee ballots. Trump said there was a risk of “thousands and thousands of people sitting in somebody’s living room, signing ballots all over the place”.