Ariana Pekary, a former MSNBC producer has quit the cable news network. She wrote a letter explaining why and criticizing the network on her personal website.

It's not the optimal time for change but the time doesn't feel optional, anymore.https://t.co/HbZo0weiUs

“July 24th was my last day at MSNBC. I don’t know what I’m going to do next exactly but I simply couldn’t stay there anymore,” she wrote on her personal website. “My colleagues are very smart people with good intentions. The problem is the job itself. It forces skilled journalists to make bad decisions on a daily basis.”

Pekary offered a number of examples of why she was ready to leave the cable news network.

“It’s possible that I’m more sensitive to the editorial process due to my background in public radio, where no decision I ever witnessed was predicated on how a topic or guest would ‘rate.’ The longer I was at MSNBC, the more I saw such choices — it’s practically baked into the editorial process – and those decisions affect news content every day,” Pekary wrote. “Likewise, it’s taboo to discuss how the ratings scheme distorts content, or it’s simply taken for granted, because everyone in the commercial broadcast news industry is doing the exact same thing. But behind closed doors, industry leaders will admit the damage that’s being done.” 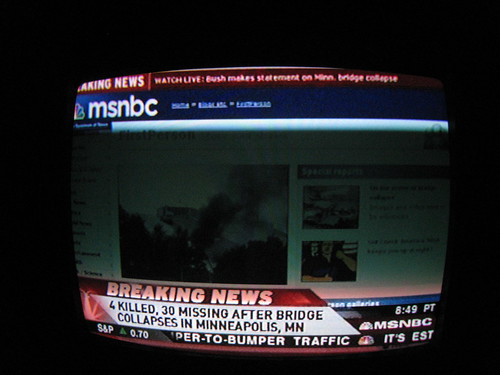 Pekary also quoted someone she called a “successful and insightful TV veteran” who said: “We are a cancer and there is no cure… But if you could find a cure, it would change the world.

Pekary, who considered herself as an “integral member” of the MSNBC primetime show “The Last Word with Lawrence O’Donnell,” utilized the “cancer” analogy to describe MSNBC’s coverage of the coronavirus outbreak and the racial unrest in recent months, writing: “The model blocks diversity of thought and content because the networks have the incentive to amplify fringe voices and events, at the expense of others… all because it pumps up the ratings.”

“This cancer risks human lives, even in the middle of a pandemic. The primary focus quickly became what Donald Trump was doing (poorly) to address the crisis, rather than the science itself. As new details have become available about antibodies, a vaccine, or how COVID actually spreads, producers still want to focus on politics. Important facts or studies get buried,” Pekary shared.  “This cancer risks our democracy, even in the middle of a presidential election. Any discussion about the election usually focuses on Donald Trump, not Joe Biden, a repeat offense from 2016 (Trump smothers out all other coverage). Also important is to ensure citizens can vote by mail this year, but I’ve watched that topic gets ignored or ‘killed’ numerous times.”

“Our viewers don’t really consider us the news. They come to us for comfort.” Note on leaving MSNBC by Ariana Pekary mirrors everything I said about the news business in Hate Inc. – it's now designed to "comfort" and retain audiences, not inform them https://t.co/ggl7pRg6HO

Pekary believes that network producers would “occasionally” choose topics or stories regardless of how they would rate, “but that is the exception, not the rule” and that the industry’s structure and “the desire to charge more money for commercials” in addition to “ratings bonuses that top-tier decision-makers earn” stops the network from pursuing stories she believes the audiences should be informed about.

Viewers come to the news network for comfort, not news

“I’ve even heard producers deny their role as journalists. A very capable senior producer once said: ‘Our viewers don’t really consider us the news. They come to us for comfort,'” Pekary said. “Now maybe we can’t really change the inherently broken structure of broadcast news, but I know for certain that it won’t change unless we actually face it, in public, and at least try to change it.”

She finished her letter by telling her readers to reach out to her, writing “More than ever, I’m craving a full and civil discourse.”