Although a lot of people do not believe President Trump’s claim that mail-in voting is susceptible to fraud it is, unfortunately, true.

The following cases will prove to you that mail-in voting can be easily misused. Most election fraud includes ballot box stuffing and absentee and mail-in ballot fraud.

Real estate developer Frank Raia, 67, a Democrat, was found guilty in 2019 of managing a scheme to pay poor residents in Hoboken’s subsidized housing $50 for their votes in the 2013 election. 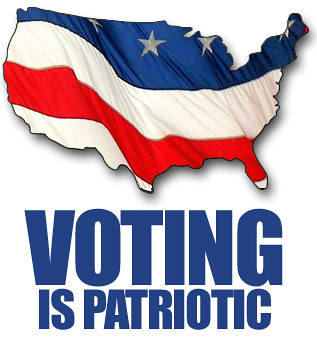 Past Milwaukee County Supervisor Peggy West, 47, admitted in 2018 to election fraud for faking signatures on petitions to be eligible for the spring election. According to the prosecutors, some people whose names were written on West’s nomination petition told a detective that they never signed the petition. The printed names next to their fake signatures were not even spelled correctly, these people stated.

In 2018, Florida man Bret Warren was arrested after he had stolen five absentee ballots and dishonestly voted with them. Warren eventually admitted to two charges of false swearing in connection with voting.

In 2018, Laura Seeds was indicted on 13 counts of voter fraud related to her husband’s 2016 mayoral race. Seeds received a conviction in part for illegally possessing two absentee voter ballots; her husband Robert won the race by two votes.

Indiana police officer Lowell Colen was found guilty of absentee ballot fraud when he helped his father win a city council election in 2016. Colen eventually admitted to four felony counts of voter fraud. The prosecutors claimed that he filled out false registrations and forged a number of signatures.

Former Tucson man sentenced for double voting by mail in 2016 election. 62-yr-old Randy Allen Jumper, of NV., sentenced to 3 years of probation for voting twice in 2016, $5,000 fine, 300 hours of community service, and loss of right to vote in AZ.https://t.co/rNVcgNgjbu

In June, Randy Allen Jumper admitted to Arizona officials that he tried to vote in two states during the 2016 general election: Arizona and Nevada. He was also convicted of falsely signing a statement where he promised not to vote in the general election anywhere but Arizona.

According to the Arizona officials, there have been about 20 cases of voter fraud in the last decade against people who tried to vote in multiple states during the same election.