On Monday, the plan to strip up to 50 percent from the Seattle police budget has been announced. The chief of Seattle police, Carmen Best, said that drastic cuts of police budget would mean a lot of police officers, including police officers of color, would lose their jobs. According to the police union, defunding Seattle police seem more like a reckless political gesture rather than a realistic and rational solution to the problem. It would make more sense to improve the training and preparedness of the current officers than trying to send untrained social workers on the streets.

Results of the SPD defunding

Cuts this deep mean we would lose more than 50% of our (BIPOC) officers. These officers’ life experiences make us a better department and community. 4/4 https://t.co/r0JgDaTEu1 pic.twitter.com/4UbecEXPpM

The biggest problem is that the cut has been planned without any input or engagement from the Seattle Police Department. According to Mike Solan, who is the president of the Seattle Police Officers Guild, nobody from Mayor Jenny Durkan’s office or from the City Council has reached out to the police union for feedback about this proposal.

With such a big budget cut, SPD will have to release over 1000 employees. Most units will have to be canceled to have enough trained police officers to answer 911 calls. Investigation unit for homicides, sex offending, burglary, domestic violence, and other crimes won’t be functioning anymore. The same applies to SWAT teams. 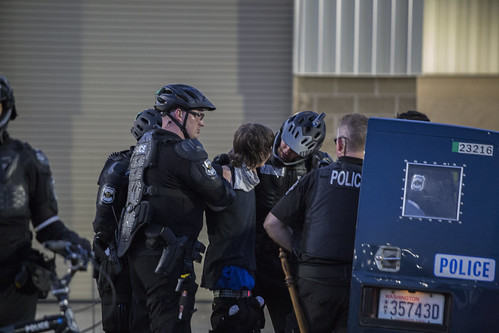 An expensive and dangerous experiment

Testing out whether crime will really go away if the police go away might be an expensive and dangerous experiment for the citizens of Seattle, according to Mike Sloan. As was seen during the Capitol Hill Organized Protest, or the CHOP, the no-cop co-op did not last very long without deadly firearm shoots.

As of 7:45 AM, officers have made 23 arrests in the #CHOP zone for failure to disperse, obstruction, resisting arrest, and assault. One of the arrestees, a 29-year-old man, was in possession of a large metal pipe and kitchen knife when he was taken into custody. pic.twitter.com/12qT7psBQQ

Seattle Police Officers Guild is of the opinion, that the Seattle City Council should first engage the public and Seattle police to make a detailed plan on how the safety of tax-paying Seattle citizens will be handled after the defunding of police takes place.