Prominent podcaster Joe Rogan announced that he’s had enough of Los Angeles and will be moving to Texas.

“I’m outta here,” Rogan shared with CEO of Spartan and Death Race Joe De Sena in a Friday interview. The move is supposed to be “soon” because Rogan wants to live somewhere that is “in the center of the country, somewhere it’s easier to travel to both places, and somewhere where you have a little bit more freedom.” On top of that, Rogan said that L.A. is overcrowded and that proves problematic in the age of COVID-19.

And where are they headed?

Rogan did not provide any details regarding his planned move to Texas but mentioned his producer Jamie was “all excited” to work on the show from there soon. Rogan started planning his relocation to Texas in May during the lockdown order that Democratic California Gov. Gavin Newsom instituted in March. Although Newsom canceled the original restrictive measures, he recently re-instated the lockdown in 30 of the state’s 58 counties. That includes about 80% of the state’s population.

“If California continues to be this restrictive, I don’t know if this is a good place to live,” Rogan said. “I might jet. I’m not kidding. I’m not kidding, this is silly. I don’t need to be here. Texas is buck wild, bro. You can bring a gun.”

Joe Rogan, Elon Musk and Tesla all left California in under a week.

They’re all headed to Texas because Democrats have ruined California.

Shapiro on Decline of L.A.

On Wednesday, Rogan hosted Daily Wire Editor Emeritus Ben Shapiro on “The Joe Rogan Podcast,” where they discussed Shapiro’s new book, “How to Destroy America in Three Easy Steps,” as well as the decline of L.A. 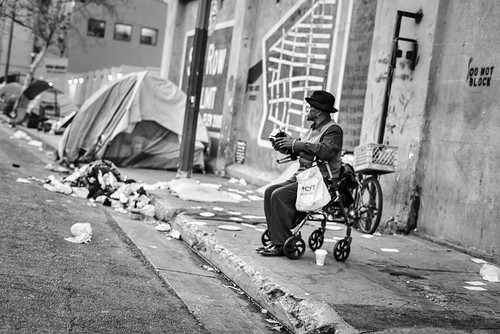 Both Shapiro and Rogan agreed that “progressive policies” had led to an exponential increase of homelessness, drug abuse, and general lawlessness in California’s largest city.