On Tuesday, President Donald Trump signed a memorandum preventing migrants who are in the United States illegally from being counted when U.S. congressional voting districts are next redrawn. That triggered swift reprimand from Democrats as well as threats of litigation.

Such action is legally dubious, and not easily executed in practice according to U.S. census experts and lawyers. Some civil rights groups and democratic-led states, including New York, are considering a legal challenge.

How would such a change play out

If Trump’s plan is enacted, the Republican Party will benefit from that, creating voting districts with more Caucasians. Furthermore, it would make the states with large immigrant population to lose seats in the 435-member U.S. House of Representatives. That would apply mainly to left-leaning states like California – currently with 53 seats – and New York, with 27.

Only a Communist oriented Democrat would want open borders and the entire world to be eligible to vote in a US election. There is no country on todays earth that provides voting rights to foreigners. https://t.co/ykZLaItH8H

I think Trump is RIGHT on this issue. Rarely agree with him but this makes good sense. https://t.co/WHqcdu26W8

The process of drawing voting maps for federal congressional districts is known as apportionment.

The next redistricting when voting districts will be redrawn to reflect changes in the population will happen in 2021 after the results of the 2020 U.S. census.

“Including these illegal aliens in the population of the state for the purpose of apportionment could result in the allocation of two or three more congressional seats than would otherwise be allocated,” the memorandum stated.

For election to congress, each state is given a share of the 435 congressional seats based on population. The distribution of seats has been based on the total population historically, regardless of immigration status. Trump’s memo would exclude illegal immigrants.

According to the proponents of citizens-only voting districts, each vote would have the same weight. If each district has fewer eligible voters then these voters have more influence on election outcomes.

The U.S. Supreme Court has let the state legislatures set the rules, so it might be a long shot at the federal congressional level. 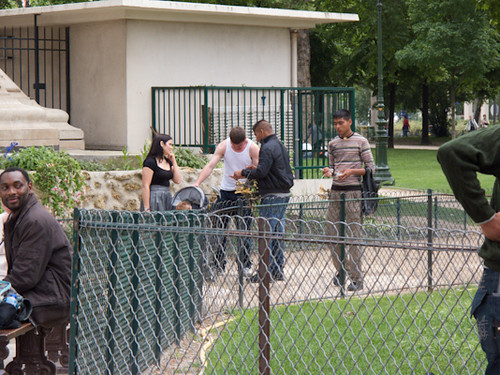 Democrats are not happy

U.S. House of Representatives Speaker Nancy Pelosi, a Democrat, stated that such a measure was “unlawful” and was “designed to again inject fear and distrust into vulnerable and traditionally undercounted communities while sowing chaos with the Census.”

Dale Ho, an attorney with the American Civil Liberties Union, vowed litigation, saying in a statement, “We’ll see him in court, and win,” referring to the president.

New York Attorney General Letitia James, who helped lead a coalition of states that successfully challenged Trump’s attempt to add a citizenship question to the census, made a similar threat: “We will continue to lead this fight because we will not allow the Trump Administration’s anti-immigrant policies to tip the balance of power in the nation.”