The Anti-Crime Unit in New York City was eliminated last month. Since then shootings and murders have spiked across the city and leaders in the black community are now calling on the New York Police Department to bring back the plainclothes Anti-Crime Unit.

According to NYPD Commissioner Dermot Shea, about 600 undercover officers from the unit were moved to other assignments including detective work and policing neighborhoods. The anti-crime unit was originally responsible for getting guns off the streets. Later though, there have been voices criticizing the unit as causing distrust in law enforcement in minority communities and the unit was disbanded. 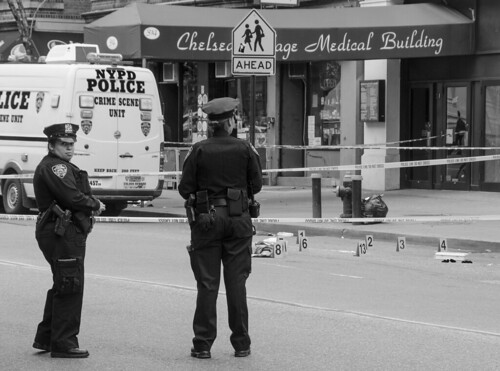 “I think that a total elimination is something we need to reevaluate,” Adams said, CBS New York reported. “Right now, bad guys are saying if you don’t see a blue and white you can do whatever you want.”

Prominent black New Yorkers call on NYPD to bring back 'anti-crime' unit after a wave of violence rocks the city https://t.co/Nc7MsAlTJ9

Tony Herbert, an activist in New York’s black community, agrees with Adams and is very unhappy with the rise of violence in NYC. He is also criticizing New York officials for their negligence to address the situation. “The guns keep going off and now we have a 1-year-old and the blood is on the hands of the mayor and the state Legislature,” Herbert said.

Pat Lynch, the President of Police Benevolent Association, also condemned the decision to disband the anti-crime unit and warned that consequences would follow if city leaders did not deal with increased gun violence. “Anti-Crime’s mission was to protect New Yorkers by proactively preventing crime, especially gun violence,” Lynch said in a statement. “Shooting and murders are both climbing steadily upward, but our city leaders have decided that proactive policing isn’t a priority anymore. They chose this strategy. They will have to reckon with the consequences.”

It is beyond naive for AOC to blame the increase in NYC violence on the NYPD and economic hardship. She is part of the growing list of NYC's failed leaders, who are too self-absorbed, to provide for their citizens' safety and security.https://t.co/WC89WRYkp6

Shooting and Murders doubled in NYC

The city’s murder rate has more than doubled for the period between May 7 and June 7 from the same period last year. Also shooting victims have increased by 45 percent. Meanwhile, arrests for illegal gun possession have dropped dramatically, with only 29 people arrested during the week that ended July 5, down from 70 during the same week last year, according to NYPD data.

There has been a surge of over 400 percent in retirement applications from officers of the NYPD due to the tensions with city officials and after the police budget was decreased by $ 1 billion.